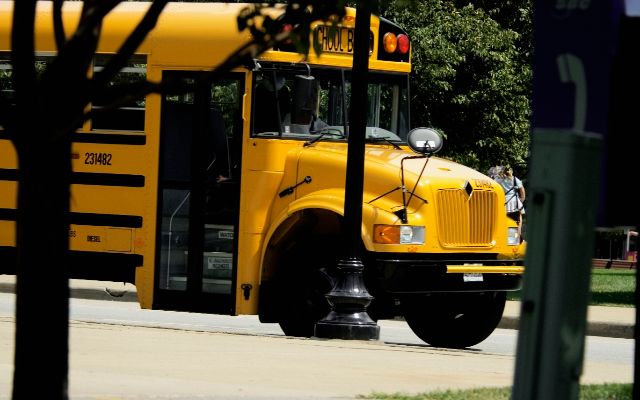 An 11-year-old Louisiana boy has been arrested after leading police on a chase in a stolen school bus. The incident occurred Sunday after the unidentified boy stole a bus from a private owner who subcontracted with Head Start Elementary, according to the Baton Rouge Police Department. As police chased the boy for 45 minutes, he reportedly taunted officers and even flipped one off as he drove by, BRPD spokesman L’Jean McKneely says. The chase finally ended when the boy lost control of the huge vehicle and crashed into a tree in a resident’s front yard, according to McKneely. “It was just unbelievable to see something like that,” says Libby Smith, the homeowner. “You just don’t think of an 11-year-old boy driving a bus and being in control of a big bus like that.” When asked by police why he stole the bus, the boy replied, “Just to do it,” McKneely says. The boy is facing a number of felony charges.