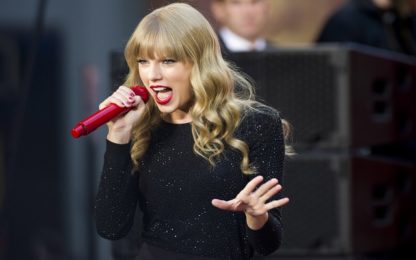 Awhile back, Taylor Swift was removed from a country-themed mural outside of downtown Nashville’s Legend’s Corner, and many of her fans were unhappy.  But now, she is getting a mural of her own. Mural designer Tim Davis told TMZ that he is working on a painting of her.

He says her mural will include a stained-glass aesthetic, a guitar, an oversized butterfly, and glittery matching jewels.  Tim also says that he is adding on to the Legend’s Corner mural.

Were you upset that Taylor was not included in the original mural? A little (lol)