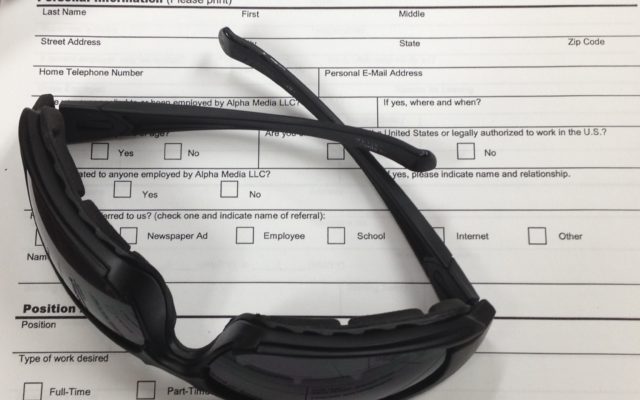 We all make choices in life and some we regret as soon as we do it. I don’t know about this guy in Wyoming. He’s accused of robbing a store twice and applying for a job the same day. The man went to Sportsman’s Warehouse in Gillette and left without paying for sunglasses and some ammunition. He did buy some items with a rewards card. The police were notified. The man went back to the store for a job application and allegedly left the store with two more pair of sunglasses. The stolen items were recovered after the man was caught. He was issued a citation for the thefts.

Those must be some really nice people in Wyoming. I wonder if he got the job.