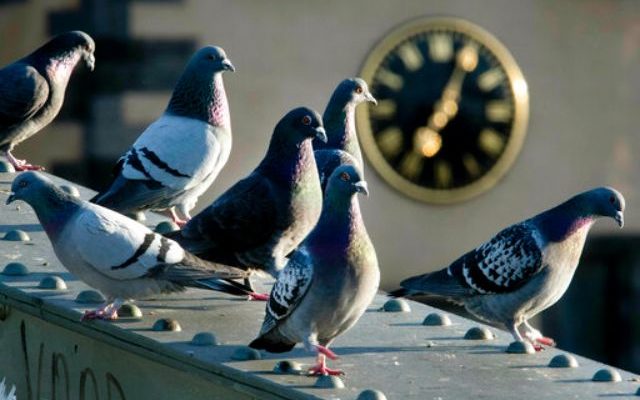 Pigeons gather on a bridge over the river Main with a church clock in background in Frankfurt, Germany, early Wednesday, May 15, 2019. (AP Photo/Michael Probst)

When you talk smack someone is bound to not like what you say. That may have been the case when 40th district state representative Jaime Andrade was talking smack about pigeon’s and their poop at Chicago’s Irving Park CTA stop. The area is known to locals as “pigeon poop station.” While he was talking one of the flying rats dropped a bomb on him. Andrade was doing an on camera interview at the time & let out an expletive while he was pointing out the piles of poop all over the station.

I personally don’t like pigeons because when I used to work at T.S.T.I. on the old airbase when we started tearing down the old barracks they were full of pigeon poop and we had to clean it up. Even though we were wearing masks white dust would come out our mouths when we coughed.