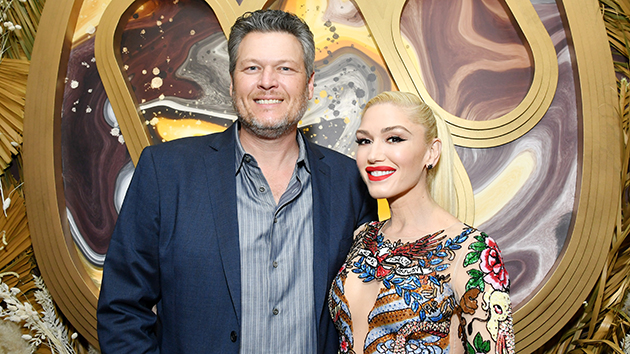 According to a source who spoke to Us Weekly, Blake Shelton feels “much more secure with Gwen Stefani,” than he did in his first two marriages.  The source says, “He can trust her, and there is a mutual level of respect.” In the interview published in the outlet on Tuesday, September 7, part of the respect comes from their agreement to work around their busy schedules.  They never spend more than two weeks apart from each other and “They also deal with problems as soon as they surface,” the source added, “Nothing lingers.”

The source also revealed that Blake “couldn’t be vulnerable in his first two marriages.” The country star was married to elementary school teacher, Kaynette Gern, from 2003 to 2006 and country music star Miranda Lambert from 2011 to 2015.