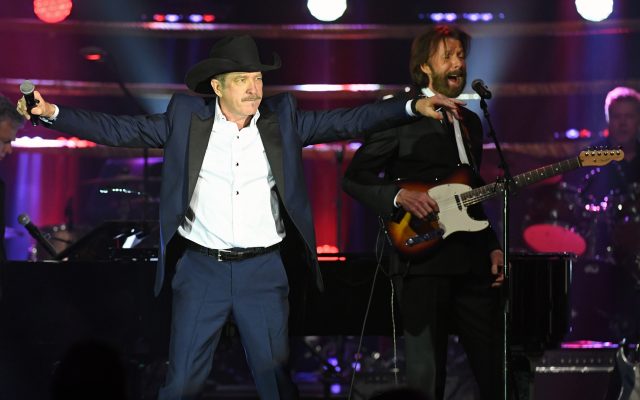 Brooks & Dunn have had a successful 20 years of making music. However, they said in a recent interview that the duo formula should not have worked. Brooks said in an Apple Music interview, “We were both pretty skeptical of the idea. We were both grown men, had kind of been around the Nashville block more than once. We both had kind of record deals that didn’t pan out to be much and so when he suggested we write some songs together, we both know enough about how things go around that you got nothing to lose.” Brooks continued, “We screwed up that week and wrote what became our first two No. 1 songs.

Next thing we know we’re like, ‘This didn’t make any sense at all, just never should have worked.’ A duo, we still don’t sing harmonies very good.” There is no denying Brooks & Dunn’s impact on country music even if they admit to feeling skeptical of the idea. They feel as though they etched their name in stone as far as impact on the genre and influence in country music. ‘Reboot’, which was released in 2019, has rerecorded versions of their most popular songs as duets with other artists.