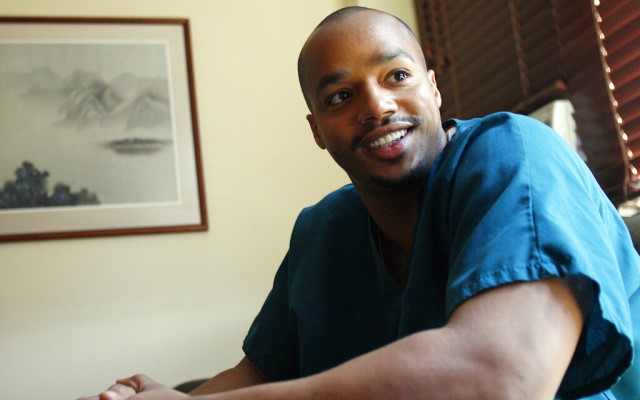 Donald Faison has officially joined the cast of the “Powerpuff Girls”, well for at least for the pilot.

Faison will play the role of Professor Drake Utonium, who is the scientist that’s responsible for creating the Powerpuff Girls. In the new version, the girls are in their 20s, and resent not being able to be kids due to a childhood of fighting crime. Professor Drake works toward repairing his relationship with the girls, and hopes to convince them that the world needs their crime fighting ability.

Fans of the TV show “Scrubs” will of course, remember Donald Faison as Dr. Chris Turk… and this news really makes me want to go back and watch that show again as soon as I get home…