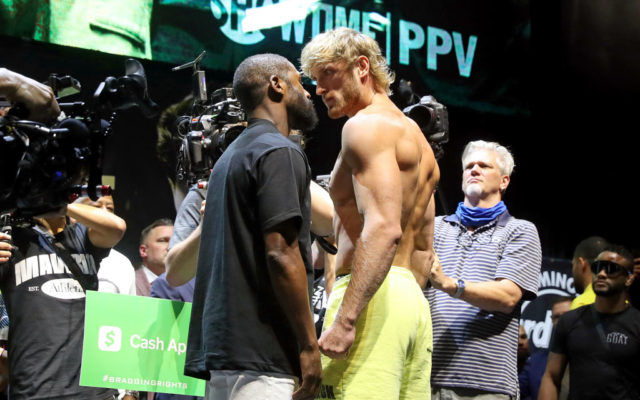 Many people would be terrified at the thought of fighting Floyd Mayweather, but not Logan Paul. The Youtuber does not have a lot of experience in the boxing ring, but he believes he can easily take on Mayweather. While talking about his lack of fear in a podcast interview, Paul said, “I was comfortable because styles make fights and Floyd is not the beat your ass, knock you out fighter. He hasn’t knocked anyone out in a decade.”

Paul also predicts just exactly how he thinks the fight will pan out. “In the first couple of rounds, I would be willing to bet he doesn’t throw many punches. He’s gonna take a couple of steps right, a couple of steps left, see how I move, react to how I punch,” said Paul. “Eventually he’s gonna start counter-punching and then I’m sure at some point like he did with Conor, he’ll go on the offensive. You’ve gotta be able to adjust on the fly, which is part of our game plan.”

Do you think someone like Logan Paul can beat Floyd Mayweather? NO!

How long do you think this fight will last? It Could Go The Distance.