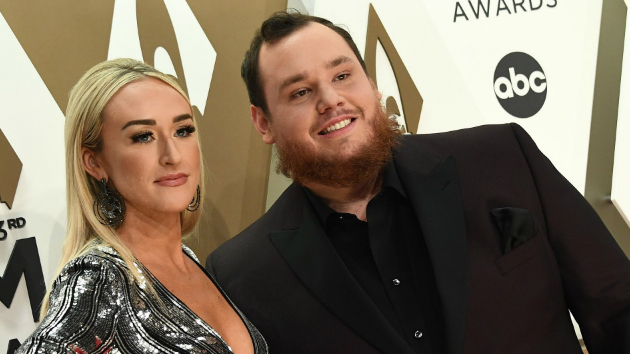 Luke Combs Reveals How He And Nicole Hocking Met And How His Proposal Didn’t Work Out As Planned Luke Combs took to Instagram for a Q&A session and one of the questions Combs answered was how he and his wife Nicole met.

Luke revealed that he met Nicole Hocking at a songwriters festival in 2016 when she saw him across the crowd and asked him to join her and her friends. Combs hadn’t had his big break yet but their relationship took off with his song about Hocking, “Beautiful Crazy.” When it came to Combs’s proposal to Hocking, it didn’t quite work out as planned as he wanted to put the ring around Nicole’s cat’s collar, however, the cat had an accident on the way to their home and he ended up proposing in their new kitchen in 2018.

The couple redid the proposal during their trip to Hawaii and married in 2020.

Did your wedding proposal not go as planned? Mine didn’t!

My wife found the ring sitting on the kitchen table where I accidentally left it, I didn’t expect her to come over, so it happened in my kitchen.