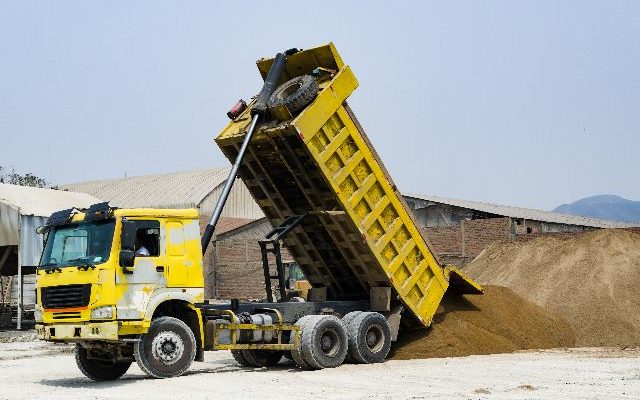 Helen and Dave are a retired couple in England who’ve spent the last two years building a new home. In the meantime, they’ve had to live in their garage and Helen has repeatedly voiced her frustration that she only had access to a shower, and not a bathtub.

Later, Dave was quoted saying, “After almost two years of nagging I had finally had enough and told her ‘she would have one very soon’ and that’s when I started filling the dump truck up.”

Yep, Dave went and built a makeshift Jacuzzi with the bucket of a dump truck. He drilled holes in the bottom and connected hoses to make the bubbles, and when they were done with the water they poured it over their flowers so it didn’t go to waste.

It’s not the sort of thing Helen can use every day though, she said it took a few days for the sun to actually heat up the water. So, clearly the dump truck hot tub still needs a little work…