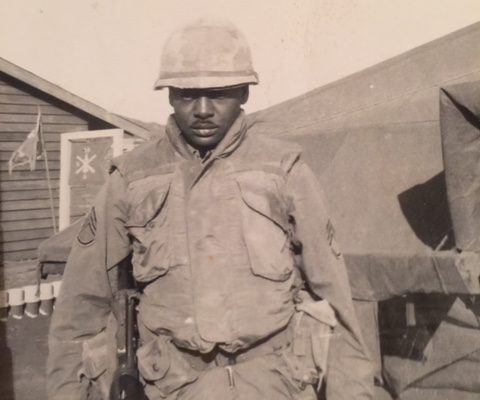 If you’ve seen my bio anywhere when I’m asked who my hero is it’s my dad. Joseph Clark, known by his nickname JC. Last week when I was shopping at Lowe’s the cashier asked me if I was a veteran. I guess you get a discount for being a veteran. I’m not a vet. I was wearing one of my many U.S. Army baseball caps. I explained to the cashier that my dad was a lifer in the Army and a recruiter back in the day. When she saw my last name on my Lowe’s card she asked me if my dad was JC. Turns out my dad was the one that enlisted her into the Army. People come up to me all the time to tell me what a good man my dad was as a recruiter and as one their co-workers at Pantex. I told her we had a kid currently serving in the Army.

My dad has been gone for over nine years and to this day people talk about the impression he made on their lives. The reason I’m doing this story is because last night I had this dream that me and my dad were in a movie theater watching  movie and he didn’t care for the movie. So he wanted to go watch something else. He thought he recognized the manger sitting there. But it turned out to be the manger’s grown son. My dad gave the son some money so we could switch theaters so we could watch a different movie.

Honesty is one of the traits he instilled in me. Not too long ago I was shopping at Market Street United and I was just picking up a couple of things and I went through the express checkout. When I got to my car I noticed that the cashier had given me $5 too much change. When you give a person a five to pay for something you don’t get a five and change back. I know it was only $5 but I would know I got away with something. I went back into the store and saw the cashier bagging groceries for another customer in a different line in the store. I asked him if he was the one that checked me out. He had this look on his face like “Oh boy what did I do?” I gave him the $5 bill and told him he gave me too much change. I didn’t know if his register was off at the end of the day if the money came out of his pocket. Cindy, my girlfriend, and I believe in karma and what goes around comes around.

I’ve worked as a bartender at the old ballpark and if I short changed someone and they told me I would feel so bad because I don’t need to cheat someone out of a few dollars to make a living. If I short change you it’s totally by accident. I would hope If I gave you too much change you would tell me.

Once when a girlfriend cooked for me it wasn’t that good and I told her that whatever she did not to fix it that way again. Someone told me that that was brutal. I told him what if we had stayed together and she continued to make the string beans the same way, they tasted like sweet relish, and years later I told her I didn’t like how they tasted she would be more upset I’d been eating them like that for so long.

I’ve told people I won’t lie for anyone. If I lie to you and get caught then how can you trust me ever. So I won’t do it. Well maybe a white lie to spare someone’s feelings.

Anyway back to my dad. The longer he’s been gone, as well as my sisters, Deborah, Debra known as Pinky, and my mom Nell, dreams about them get further and further apart. I miss them and Father’s Day is next week. If JC was here we’d probably go fishing. Happy Father’s Day, dad.

Cindy’s son Logan is a grown man serving in the Army. I was tough on him at times and sometimes he didn’t think I liked him because I wasn’t easy on him. I didn’t like him, I loved him and his sisters. Next week I’ll have a Happy Father’s Day. Logan got me some replica Dallas Cowboy Super Bowl rings. 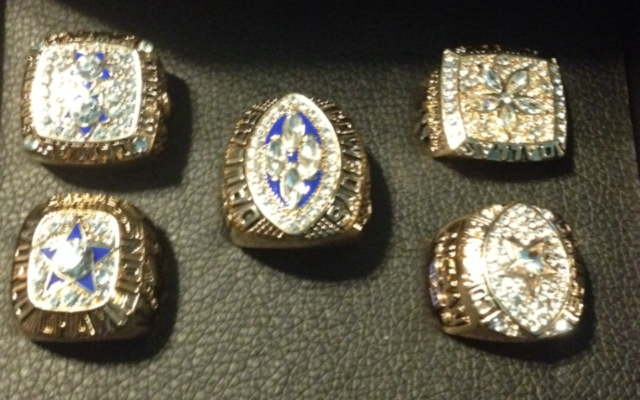 father's day U.S. Army
Recent Podcasts
You May Also Like