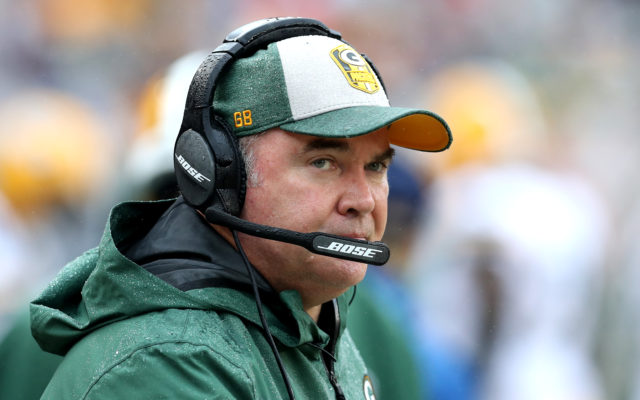 LANDOVER, MD - SEPTEMBER 23: Head coach Mike McCarthy of the Green Bay Packers looks on in the second half against the Washington Redskins at FedExField on September 23, 2018 in Landover, Maryland. (Photo by Rob Carr/Getty Images)

As of the time I’m doing this post it is not official but the Dallas Cowboys have hired Mike McCarthy, the former head coach of the Green Bay Packers. He won the Super Bowl at Jerry’s World in 2010. You know one of those disappointing season by the Dallas Cowboy when expectations were high. Wouldn’t it be nice for the home team to host a Super Bowl? The Cowboys had a 11-5 record in 2009 under Wade Phillips and 9 Pro Bowlers including Tony Romo & DeMarcus Ware. The Following season Wade Phillips was fired after a 1-7 start and Jason Garrett was name interim coach during the season. As They say the rest is history. McCarthy compiled a 125-77-2 record with nine playoff appearances, including four NFC Championship games.

The reviews are mixed on if this is a good hire by the Cowboys. Some of the talking heads on the sports shows today say the hire bold enough. Some say the better choice would have been Oklahoma Sooners coach Lincoln Riley, Urban Meyer or Bill Cowher.

I saw reports yesterday that the Cowboys were only looking at coaches with NFL experience. Therefore they talked with McCarthy, Marvin Lewis and Jeff Fisher. Of those three I like McCarthy. Lewis had no playoff wins and Fisher six winning season in 22 seasons as coach.

Although I wore the green and gold at Highland Park. I think McCarthy can pull off the blue & white color scheme with the Cowboys. We’ll have to wait and see.