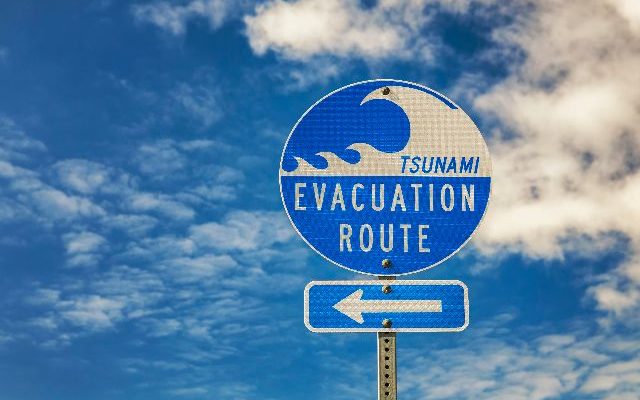 If you’ve lived here in the Texas Panhandle for a long time you know what it sounds like when the tornado sirens go off. If you’re not from around here you might say why are the sirens going off. That’s the case earlier this year when the sirens when off and Nancy Mack asked “What’s that mean?” I told here that there was a tornado in the area and we need to take cover. On one of my trips to Nashville the tornado sirens went off and while I was leaving my room the couple across the hall asked if we should get on the elevator. I told them know since the elevators were glass and on the outside of the hotel. I told them we should use the stairs and go to the lowest floor of the hotel. They asked why I was so claim. I told them I was from Texas and tornadoes happen all the time. We usually go outside to see where the tornado is located.

Yesterday shortly after 5 p.m. in Maui and Oahu the sirens went off warning of a possible tsunami. That sent residents into a panic. Minutes later the National Weather Service in Honolulu tweeted: “We have confirmed with the Pacific Tsunami Warning Center that there is NO TSUNAMI THREAT.”

The sirens were triggered inadvertently during a police training exercise.

If I was in Hawaii and the sirens went I’d probably ask what does it mean? I wouldn’t know what to do. Same if I was in California and there was an earthquake. Where do I stand? Should I crawl under a desk?