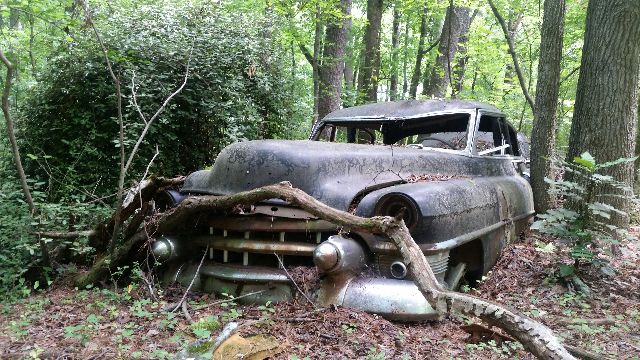 A dad named John Brayshaw is living in the U.K, stuck in quarantine at home. So, last week he decided to dig some post holes, and get started on a deck in his garden. John never did quite get the deck put in. Instead, to his surprise, he accidentally dug up an entire car!

“I thought it was an old air raid shelter at first, then I saw the roof and I thought ‘who’d bury the roof of a car? Then I kept digging and saw the door, the steering wheel, and realized it was a full car complete with the registration plate. The only thing that was missing was the wheels.”

John hasn’t been able to find any record of the ’56 Ford, but he has heard some speculation that it might be a spy’s car or something of that nature. For now, I guess the case of the buried car will just have to remain a mystery. You can read the full report right here.

What is something unexpected, surprising, or new you’ve done during this unusual time? Have you discovered or learned anything new? #COVID19 https://t.co/QKqWfWpa1Z