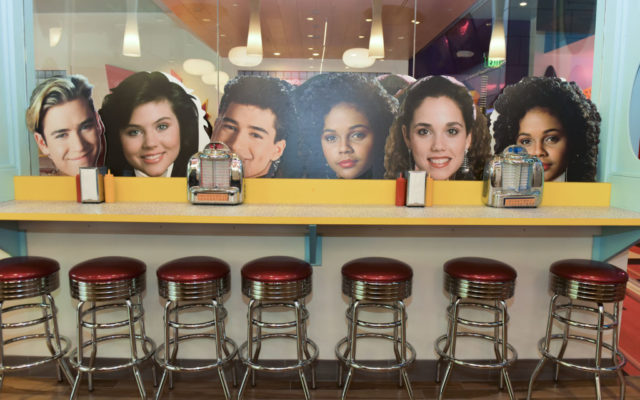 WEST HOLLYWOOD, CA - APRIL 30: "Saved By the Bell" cutouts at the Saved By the Max Los Angeles Pop Up - Media Preview Day on April 30, 2018 in West Hollywood, California. (Photo by Rodin Eckenroth/Getty Images)

Tiffani Thiessen took to Instagram to give us all the feels we didn’t know we needed. She posted a photo of a young ‘Kelly’ and young ‘Zack.’ She wished our favorite couple a happy 27th wedding anniversary. The original Saved By The Bell ran from 1989-1993.

Wedding in Las Vegas was the series finale that aired for two hours in 1994.