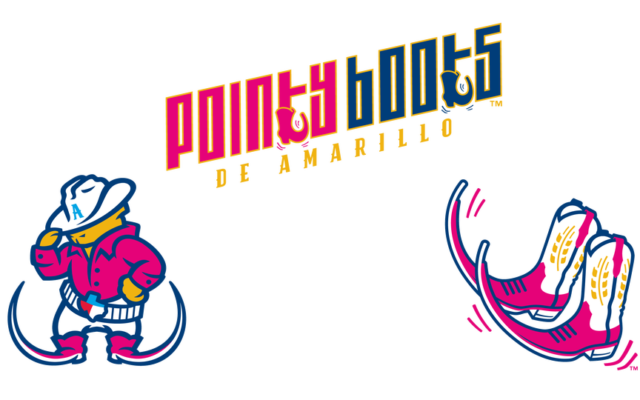 HOW ‘BOUT A NEW NAME?

As part of Minor League Baseball’s initiative celebrating Hispanic heritage and culture, the Amarillo Sod Poodles will transform into the “Pointy Boots de Amarillo” for 10 games during the 2020 season. The team joins over 80 other teams across Minor League Baseball in the “Copa de la Diversión” or “Fun Cup.”

What’s with the name?

Pointy Boots may look like a standard cowboy boot with one tiny…well not tiny difference, the long pointy front, aka Roach Kickers.  The custom boots rose in popularity in North-Central Mexico and into Texas and are commonly worn by dance troupes and seen in dancing competitions at clubs and rodeos or at significant events such as weddings and Quinceañeras.

“This alternate identity is designed to embrace our LatinX community in Amarillo,” said Sod Poodles President and General Manager Tony Ensor. “After seeing how active Amarillo’s Hispanic community is and learning of the long, rich history, we couldn’t be more proud to participate in this fun, one-of-a-kind, nationwide initiative. We are excited to celebrate and showcase Amarillo’s rich Hispanic heritage and support Minor League Baseball’s league-wide initiative at Amarillo’s affordable, family-fun gathering place, HODGETOWN!”