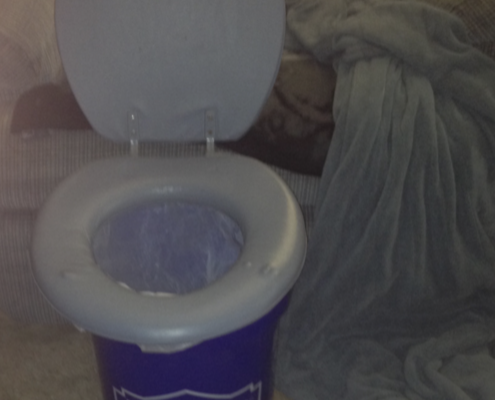 If I sleep through half of the first quarter of a Dallas Cowboys game you know I must be under the weather. I must have had the stomach flu or food poisoning. I asked Cindy how many stomach pills should I take 5-6. She didn’t reply. I could barely move unless I had to run to the bathroom. I was under the covers for most of the game. If you know me I usually sitting on the coffee table in the living room because it’s directly in front of the TV. I’ll jump up and down depending on what is happening on the field. The dogs probably think there something wrong with me because I’ll yell at the TV about a stupid play or something the refs did or didn’t do. I didn’t even shout when they called two bogus tripping penalties on the Cowboys. That had to be the same ref that called those two penalties. He needs glasses more than I do. When I played you had to purposely stick your leg out to get called for tripping.

Yesterday was a quiet day in the Clark household until Cindy got home from work and I could tell by her reaction what was going on during the latter stages of the game. I was afraid to eat anything for lunch today because I had no idea if my body would take it. The feeling I had yesterday was worse than the cleanse I did before my colonoscopy.

I usually write about the Cowboys in my Monday post but they played like I felt yesterday.