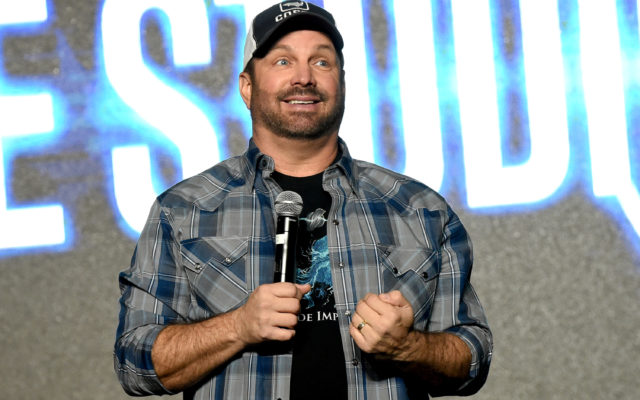 Garth Brooks Gifts Autographed Guitar For A Little Girl’s First Concert Garth Brooks made two little girl’s first concert a memorable one during his stop in Kansas City, Missouri.  Video has been released showing a little girl on the shoulder of what is assumed to be her dad, with a sign reading, “Garth … it’s our 1st concert.” Garth took notice of the little girl and her sign and the family was given upgraded seats and according to the video uploaded to TikTok, Garth tells the little girl, named Giada, that they both have the letter G in their names.  He then asks, ​​“what has a ’G’ on it that I’m thinking of?” He then takes his guitar, which has a big “G” in the center of it, and removes it from around his neck, signs it, and gives it to the little girl.