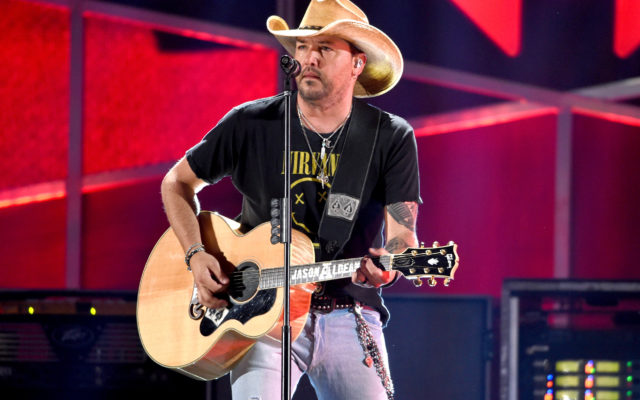 AUSTIN, TX - MAY 06: Singer Jason Aldean performs onstage during the 2017 iHeartCountry Festival, A Music Experience by AT&T at The Frank Erwin Center on May 6, 2017 in Austin, Texas. (Photo by Cooper Neill/Getty Images for iHeartMedia )

Jason Aldean admitted that he and his wife, Brittany, were in talks for a reality show.  “I think Britt and I just kind of talked, and for us personally, it wasn’t the right kind of thing,” said Aldean.  The Aldean’s frequently share behind-the-scenes looks at their life but refuse to invite the drama that a lot of reality shows bring.

Although Jason and Brittany turned down a major role in the Nashville-based reality show, the couple will make small appearances.  “We got some friends of ours that are part of it, we’ll probably be popping in and out on some things I’m sure just by association,” Aldean says. “But the nice thing is we can always leave and go back home and get away from it when we want to, so it’s kind of the best of both worlds.”