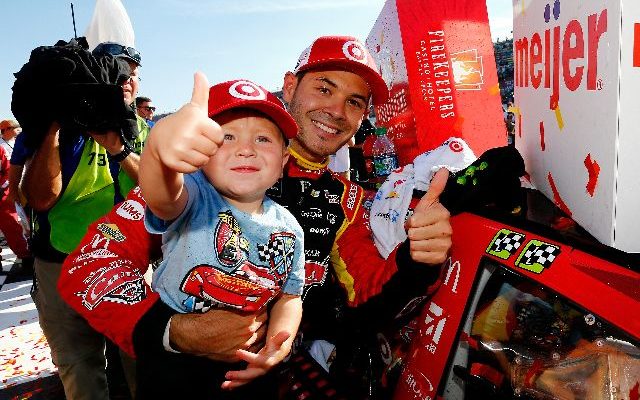 On Tuesday Chip Ganassi Racing fired their 27-year-old star driver, Kyle Larson for using a racial slur during an iRace on Sunday. Larson was apparently having trouble talking to his spotter and didn’t realize that he was on the open group chat, which was being live-streamed for the race, when he said, “you can’t hear me? Hey, n—-r.”

Larson was immediately suspended indefinitely by NASCAR until he undergoes sensitivity training with a statement that read, “NASCAR has made diversity and inclusion a priority and will not tolerate the type of language used by Kyle Larson during Sunday’s iRacing event. Our Member Conduct Guidelines are clear in this regard, and we will enforce these guidelines to maintain an inclusive environment for our entire industry and fan base.”

Ironically, Larson is a Japanese-American driver that rose up through the ranks with NASCAR’s diversity program.

Chevrolet and nearly all of Kyle’s sponsors either fired or suspended him indefinitely within just a few hours, iRacing has banned him from using their service, and now Chip Ganassi, who originally suspended Larson without pay, has made the split permanent.

“I made a mistake, said the word that should never, ever be said,” Larson said in an apology he released. “There is no excuse for that. I wasn’t raised that way. It is just an awful thing to say. I feel very sorry for my family, my friends, my partners, the NASCAR community and especially the African American community.”

Larson was said to have reached out personally to his sponsors, the only one of which, according to ESPN, that chose to stand by him being Plan B Sales and Marketing, who sells die-cast cars.

This would’ve been the final year of Larson’s contract at Chip Ganassi Racing, and Kyle was probably the hottest free agent in the sport with rumors that he might head to his friend Tony Stewart’s team or possibly even replace Jimmy Johnson at Rick Hendrick Racing after his final year.

Ganassi hasn’t said anything yet about their plans to fill the seat of the 42 car, and only time will tell if we’ll ever see Kyle Larson race in NASCAR again.