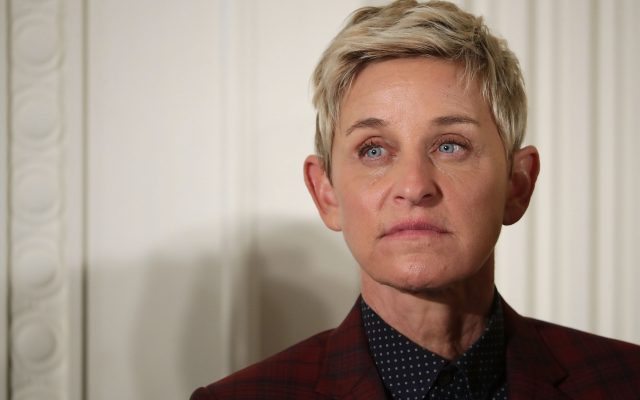 WASHINGTON, DC - NOVEMBER 22: Comedian and talk show host Ellen DeGeneres listens to President Barack Obama before being awarded the Presidential Medal of Freedom during a ceremony in the East Room of the White House November 22, 2016 in Washington, DC. Obama presented the medal to 19 living and two posthumous pioneers in science, sports, public service, human rights, politics and the arts. (Photo by Chip Somodevilla/Getty Images)

In an announcement that came as a shock to some, Ellen DeGeneres announced that she will end her talk show after 19 seasons in 2022. She told the Hollywood Reporter, “When you’re a creative person, you constantly need to be challenged – and as great as this show is, and as fun as it is, it’s just not a challenge anymore. I was going to stop after season 16. That was going to be my last season and they wanted to sign for four more years and I said I’d sign for maybe for one. They were saying there was no way to sign for one. ‘We can’t do that with the affiliates and the stations need more of a commitment.’ So, we [settled] on three more years and I knew that would be my last. That’s been the plan all along. And everybody kept saying, even when I signed, ‘You know, that’s going to be 19, don’t you want to just go to 20? It’s a good number.’ So is 19.”

When asked if the decision to end her show had anything to do with the allegations of a toxic work environment that have surfaced over the last year, she said that if that had been the reason, she wouldn’t have returned for the current season.

Read more on her decision here.