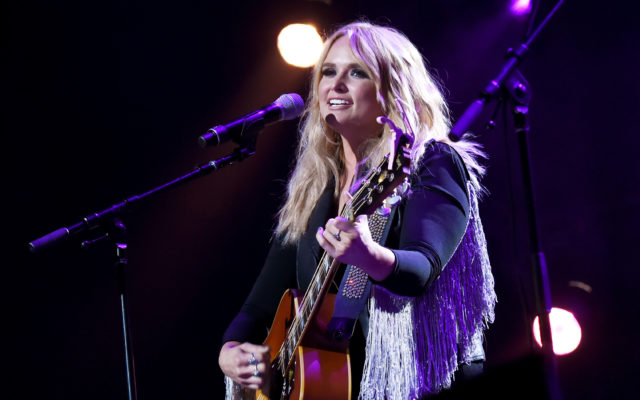 Miranda Lambert is very proud of being an LGBTQ+ Ally, and she has her brother to thank for that. Miranda recently did an interview with GLAAD and spoke about her new track and how she is an ally to the LGBTQ+ community. She said, “I do think we are in a moment of change and I have so much to learn. I am always sensitive, I always call my brother because I want to make sure I say the right things…I know I am uneducated, but I am full of love. Being in a family where I am surrounded by LGBTQ people has me learning and figuring out how I can be a part of the change and still be the same person I have been as an artist for 20 years.

I don’t see why those worlds can’t mesh. I speak up about things I care about! If I can be a part of this change in any way…I always want to do that.” Miranda also says that her brother inspired the ‘Tequila Does’ remix. She said, “I was a little nervous because I had never done anything like that, so I sent it to my brother Luke, his husband Marc, and all of their friends because that is their vibe-they are dancers, they go to the club, and I was like, ‘How is this, tell me the honest truth because if you hate it, it goes away forever.’ He said ‘I love this and you should put it out!’ So it gave me the confidence, they totally pushed me over the edge!”

LGBTQ+ Ally miranda lambert
Recent Podcasts
You May Also Like